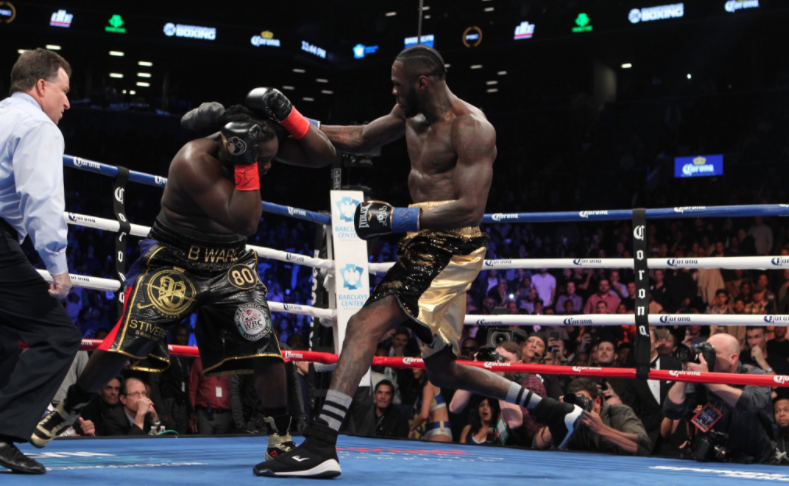 Deontay Wilder (39-0, 38 KOs), who was defending the very WBC heavyweight title he annexed from Bermane Stiverne (25-3-1, 25 KOs) in 2015, made quick work of his opponent this time around, as Wilder dropped Stiverne three times in the first round, en route to a knockout win.

Wilder wasted no time, coming out in the first round popping the jab and unloading his right hands.  Not long after the start of the round, a straight right hand sent Stiverne down to the canvas.  Slowly getting to his feet, Stiverne was met with another combination that sent him down for a second time.  After getting to his feet, Stiverne found himself against the ropes, where Wilder connected with three power punches that left Stiverne slumped over the bottom rope.

After the fight, Stiverne called out Joshua and said he was willing to go to the UK to make the fight.