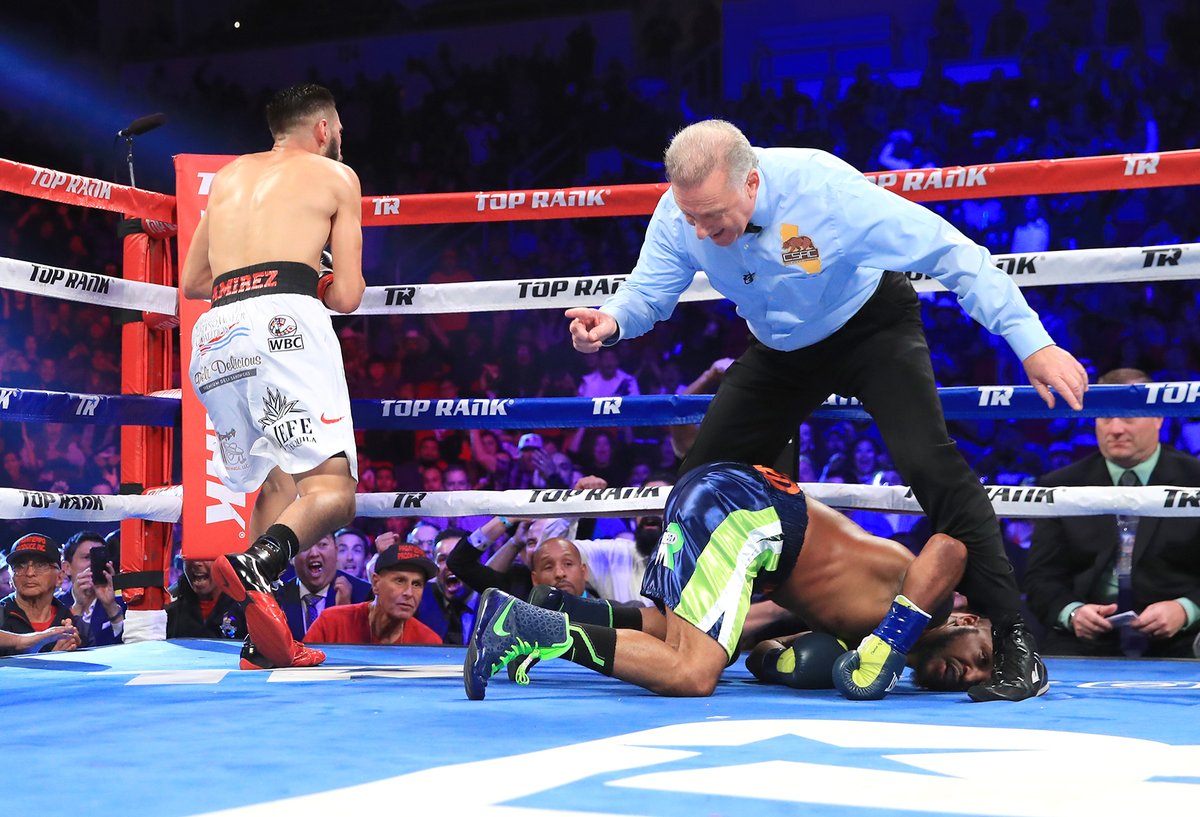 FRESNO, Calif. — On the biggest stage possible, Jose Ramirez rose to the occasion.

The 2012 U.S. Olympian picked up the most impressive win of his career, stopping Mike Reed in the second round of Saturday night’s Top Rank Boxing main event on ESPN in front of 13,838 fans at the Save Mart Center.

Ramirez (21-0, 16 KO) came out blazing from the beginning, applying pressure on Reed with a constant attack to the body. Reed (23-1, 12 KO) survived the first round, but the aggressiveness from Ramirez would only increase.

Halfway through the second, Ramirez dropped Reed with an uppercut after a flurry of punches to the body and head. Reed recovered, but just seconds later, Ramirez unleashed a relentless series of body punches that Reed was no longer responding to, forcing referee Jack Reiss to call of the fight.

Ramirez will now fight for the WBC super lightweight world title, which was vacated by Terence Crawford, against Amir Imam in the first quarter of 2018.

“Fighting for the world title next is just a dream come true for a kid from Avenal,” Ramirez said in the post-fight interview.

Artur Beterbiev captured the IBF light heavyweight world championship in a fight that drew heavy boos from the crowd for most of it until the 12th round, when Beterbiev (12-0, 12 KO) dropped Enrico Koelling with a series of punches. Koelling (23-2, 6 KO) beat the count and got back in front of Beterbiev, but another combination dropped him again, causing the referee to stop the contest 2:33 into the final round.

San Jose’s Andy Vences fought after the main event and turned in a spectacular performance.

Vences (20-0, 12 KO) earned a second round knockout over the veteran Jairo Ochoa (16-13, 8 KO). The end came on a straight right from Vences that dropped Ochoa to the canvas.