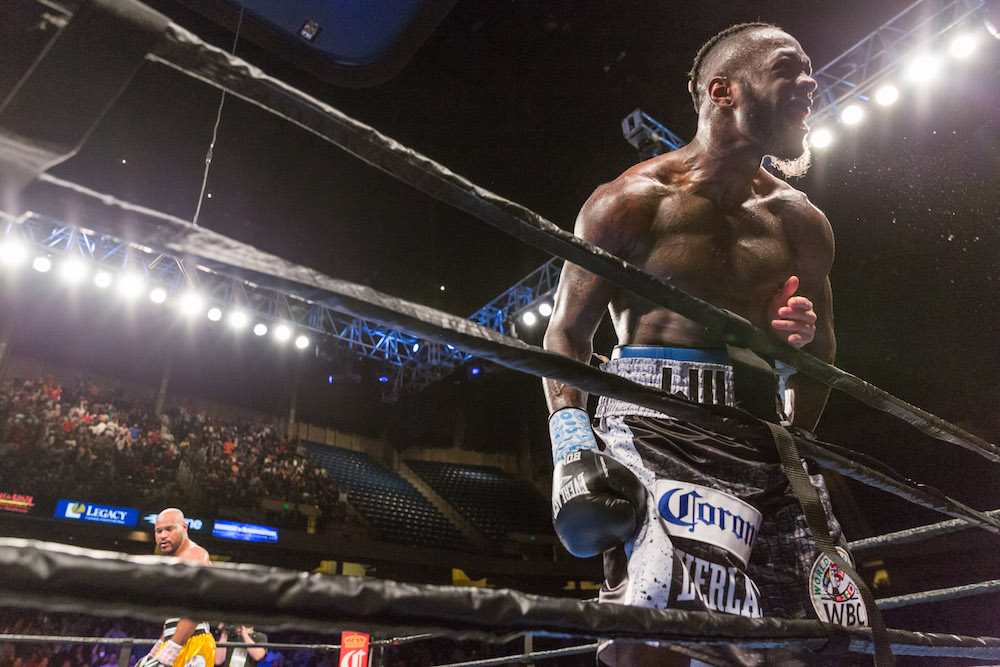 The biggest heavyweight title fight to land in Los Angeles in years is set for December 1, 2018, when WBC champion Deontay Wilder defends his title against Tyson Fury at the Staples Center in downtown LA.

Wilder, (40-0, 39KO) will be making the eighth defense of the World Boxing Council title that he won back in January 2015 with an upset win over Bermane Stiverne.  The Alabama native has since logged wins over Eric Molina, Chris Arreola, Stiverne in a 2017 rematch and most recently a TKO win over Luis Ortiz in March 2018.

Fury, (27-0, 19KO) hails from the United Kingdom and at the apex of his career, Fury defeated longtime champion Wladimir Klitschko in November 2015.  A three-year ring hiatus ensued before Fury stepped back into the ring 2018, registering wins in June and August heading into the Wilder bout.

The former champion from across the pond has set up camp in Big Bear, California and recently met with the media down the mountain in Santa Monica to give an update on his progress.

Wilder spoke about the fight during the international press tour and expressed how a character such as Fury, as well as himself, is positive for boxing and believes December 1 will end via knockout.

“He’s great for the heavyweight division,” Wilder said of Fury.

“He’s charismatic. He can talk. I’ve got a great dancing partner. He’s fearless in the ring, and he’s got a background of boxing in his blood. It’s good that he’s from another country so you get to see different cultures, different personalities from the two of us. You’ve got one from America and you’ve got one from Great Britain. So that’s going to make it even more pleasurable for me when I knock him out.”

Showtime pay per view will televise live from the Staples Center on December 1, 2018.