The 8th edition of Sugar Ray Leonard Foundation’s ‘Big Fights, Big Fighters’ recently took place at Santa Monica’s Loew’s Hotel where boxing and Hollywood mixed together for a charitable one-two punch in the fight against diabetes.

Spearheaded by one of the greatest boxers who ever lived, Leonard has made the event part of his foundation since its inception in 2009.  Leonard’s father and several friends have found themselves subject to the disease that affects 371 million worldwide, with 187 million unaware of their illness.

One by one celebrities, athletes and entertainers walked into the beachside hotel in Southern California to come together in support of a worthy cause, with a special ‘2017 Golden Glove’ award given by Leonard to nine year old Jackson Blair, for his work in promoting awareness for type 1 diabetes.

Both silent and live auctions were held as Golden Boy Promotions presented a four-fight card in-between raising funds towards the fight against diabetes.

“We have young guys who are boxing tonight, but most importantly it’s about sending the message, a message that these young kids are going to fight inside the ring for a great cause, to fight diabetes,” said Oscar De La Hoya Golden Boy Promotions owner in an interview on the red carpet. 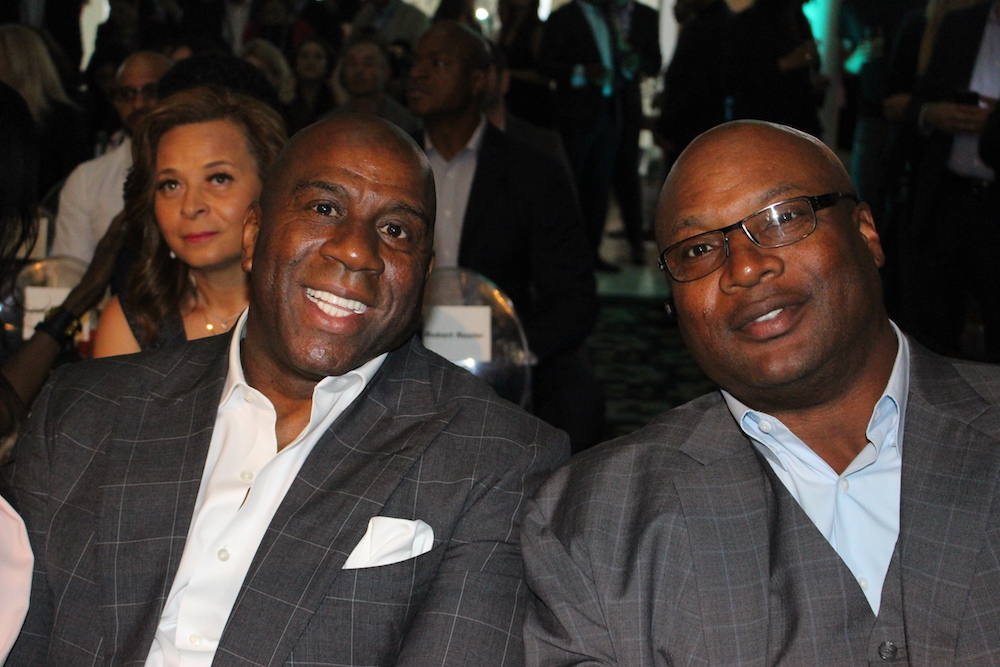 Also on the red carpet and ringside at the event were singer/actor Usher (who played Leonard in the acclaimed biopic Hands of Stone), supermodel Cindy Crawford, basketball legend Magic Johnson and sports icon Bo Jackson.

All proceeds, which included autographs from the boxing world as well as Hollywood memorabilia, exotic trips overseas and even a once in a lifetime day-in-the life with Sugar Ray Leonard complete with a personal workout and tour of the Hall of Famers home was auctioned off, with all money raised going directly to the cause Leonard has championed against.

Golden Boy Promotions presented Marvin Cabrera, Luis Coria, Alfredo Escarcega and Kevin Rivers, Jr., all of whom notched wins in support of what Leonard’s foundation seeks to bring to diabetes; a fight, and a win. 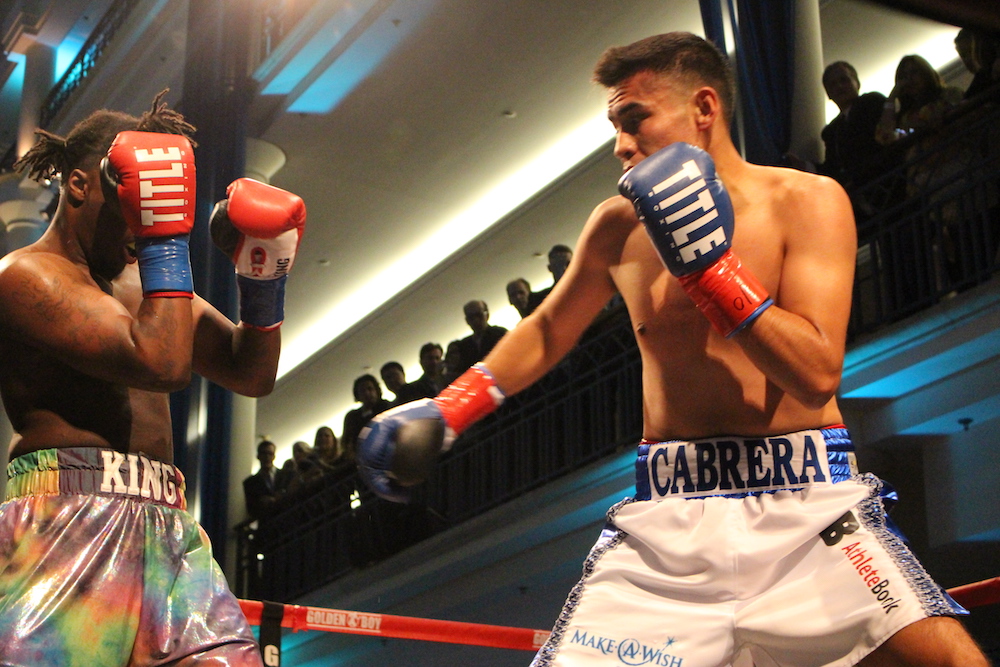 “My grandpa passed away from diabetes, so this means a lot to me to be able to be a part of helping find a cure for this disease,” said Luis Coria. “I feel good about my performance as I got the win.”

“I was so excited to be a part of such an event, I just couldn’t say no. It’s a great cause, and I’m glad that I got to be featured on it,” said Alfredo Escarcega. “My opponent kept leaning in, and most of the time I was trying to avoid his head butts, but overall I am satisfied with my performance.”

The night was also presented in association with B. Riley & Co, with actor/comedian Bill Bellamy serving as the MC and a special rendition of the star spangled banner by trio super-group En Vogue.

Will Canelo save face by the end of 2017?
Andy Vences ready to shine on Lomachenko-Marriaga undercard