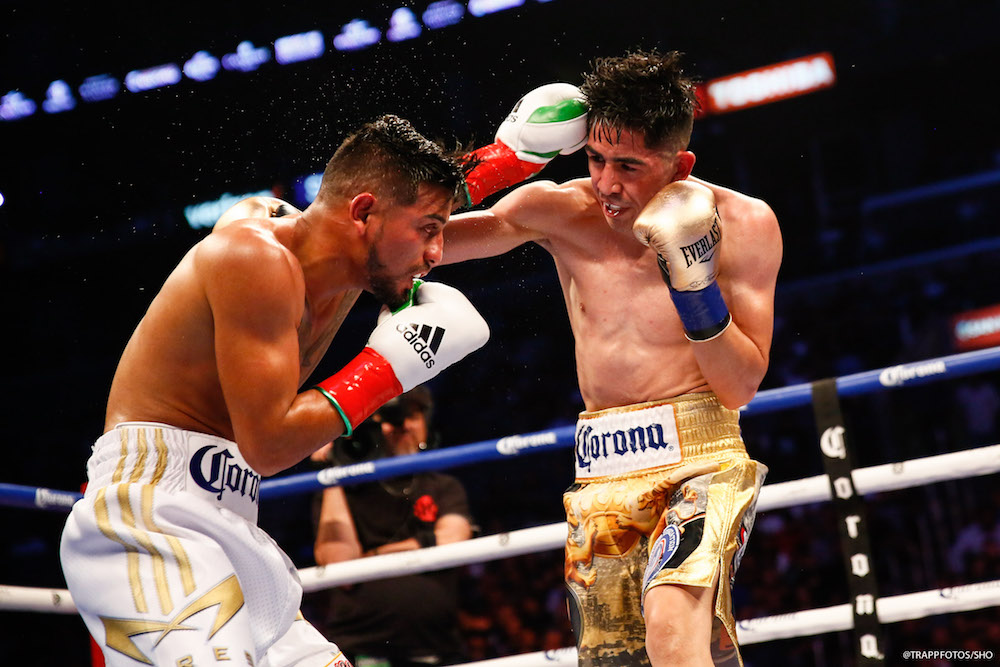 Los Angeles natives Leo Santa Cruz and Abner Mares turned in performances that eclipsed their first encounter, as both fight veterans emptied the tank in a thriller of a main event on Showtime.

Santa Cruz, (35-1, 19KO) again outpointed Mares at the Staples Center, the same site as their 2015 bout, yet Mares put up a solid effort which the crowd of 12,505 was very grateful for, as the night’s co-main event between Jermell Charlo and Austin Trout was a dud that elicited boos.

“It was a ‘Fight of the Year’ like I told you guys.  We come here, we pleased the crowd.  Win or lose, I don’t care.  I’m here to please the fans,” said Montebello’s Mares, who had notched two wins in-between his first loss to Santa Cruz and now stands at 2-2 since 2015.

“This is our town. Leo Santa Cruz an Abner Mares, let’s do number three.” 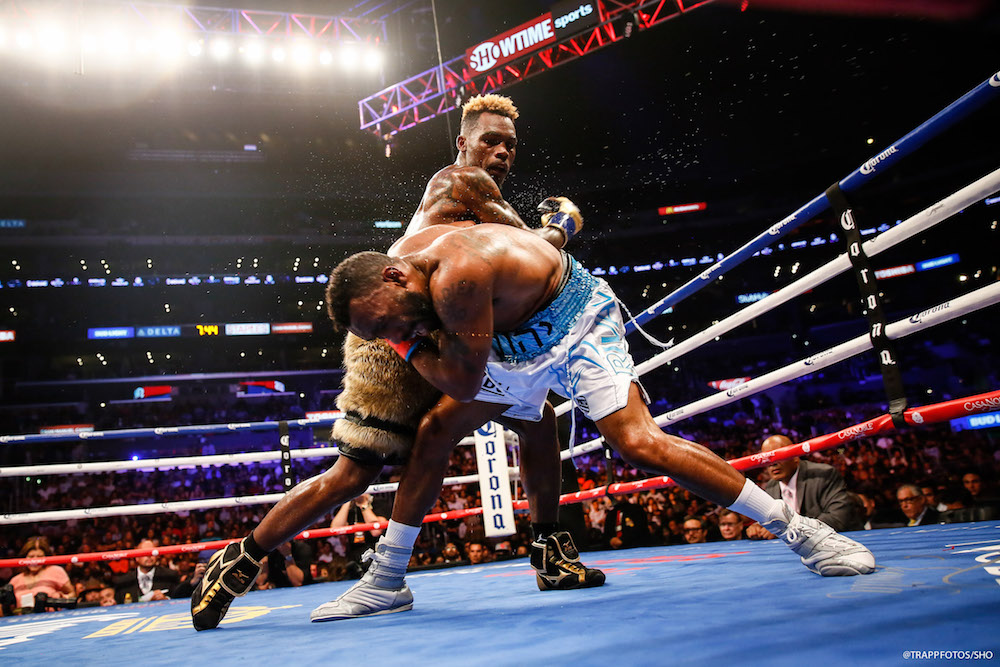 “I went to fish, I tried to get some trout but I couldn’t catch him on the hook.  I know they’re used to seeing me knock boys out but at least they saw me take care of business,” said Charlo, (31-0, 15KO) who retained his belt yet saw his four-fight KO streak come to an end.

Trout has faced both Charlo’s and is now 1-3 of his last four fights.

“Both Jermall and Jermell are really good.  They are the future.  But I’m not done yet.  I’m not defined by my results.  I’m defined by the risks that I take.  I’ve taken the risks and I’ve stood my ground every time against giants and killers.  And I’m still here.”

Showtime announced prior to the night’s televised action via press conference inside the Chick Hearn press room a match between lightweight champions Mikey Garcia and Robert Easter, Jr., set for July at the Staples Center.