In a ‘never say never’ type of situation, Manny Pacquiao has aligned himself with Al Haymon for the remainder of his career. 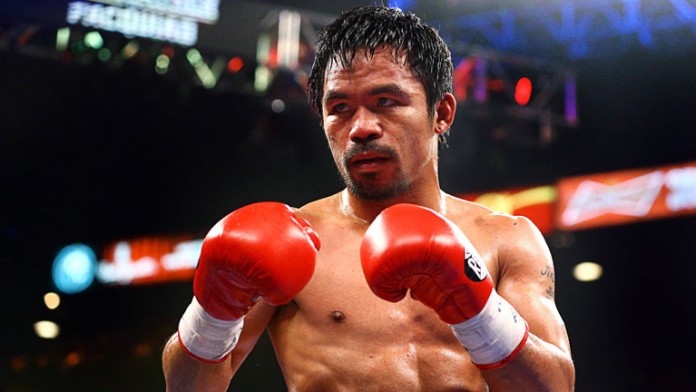 It was announced today by MP Promotions that Manny Pacquiao has signed with Al Haymon to work together for the remainder of Pacquiao’s career.

Haymon, who has managed a massive stable of boxers throughout the years, including Floyd Mayweather, will put Pacquiao’s first defense of the WBA welterweight title on a Premier Boxing Champions card to kick things off, with MP Promotions serving as the lead promoter. This partnership also includes MP Promotions supplying Haymon some of their best fighters from the Philippines and Asia for PBC cards.

“I’m very excited about this new chapter in my career and I’m looking forward to a fresh start. I’m reinvigorated by the prospects of bringing up new fighters under the MP Promotions banner,” said Pacquiao (60-7-2, 39 KOs). “My team will work closely with Al Haymon for the remainder of my career to deliver the most anticipated fights with the top PBC fighters. Those are the fights the fans want to see and the ones I want to have to close out my career.”

Pacquiao’s next fight will be announced shortly.