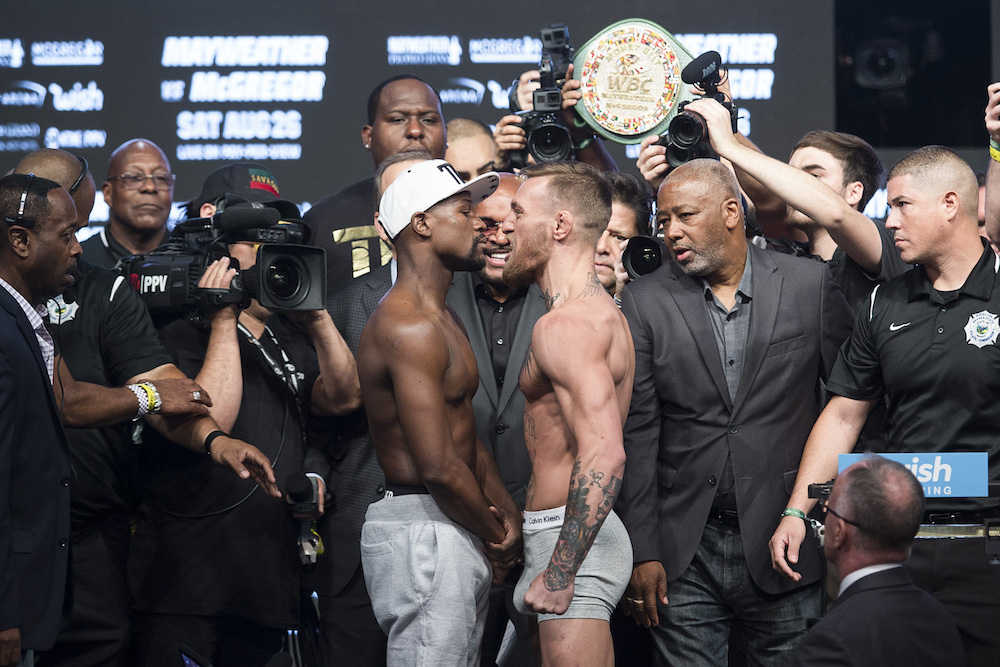 The final weigh-in for Saturday night’s junior middleweight clash between Floyd Mayweather and Conor McGregor took place earlier today as both men came in under the 154-pound limit.

McGregor took to the scales first, coming in at 153 pounds, while Mayweather weighed in at 149.5 pounds.

Gervonta Davis came in heavy for his junior lightweight title defense against Francisco Fonseca, coming in at 132 pounds and was subsequently stripped of his title by the IBF. Fonseca, who came in at the limit of 130 pounds, can still win the title if he beats Davis.