Plus, Usyk and Gvozdyk win to complete the Ukranian sweep. 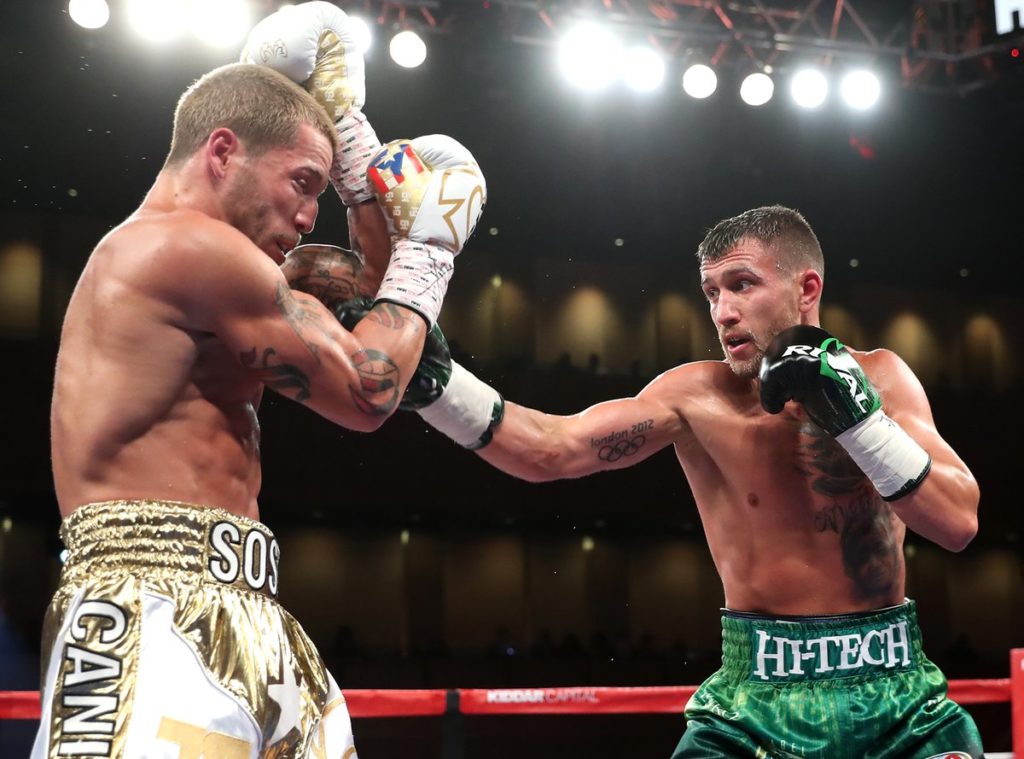 WBO junior lightweight titlist Vasyl Lomachenko (8-1, 6 KOs) put on a masterful performance on Saturday  night against a game, but overmatched Jason Sosa (20-2, 4, 15 KOs) in front of a hyped up crowd at the MGM National Harbor Casino in Oxon Hill, Maryland.

Lomachenko was too quick, too sharp and way too accurate for Sosa, who did his best to pressure Lomachenko, but was unable to catch his elusive foe. Lomachenko popped his right jab consistently, swelling up Sosa’s eyes from the third round on.  Combination punching was also the order of the night, with Lomachenko connecting with two, three and four punch combinations, while effectively turning away when Sosa attempted to counter-punch.

Sosa was hurt in the eighth, with Lomachenko connecting with sharp lefts and rights seemingly at will. In the ninth, Lomachenko put on another beating and at the end of the round, Sosa’s corner asked referee Kenny Chevalier to wave it off.

In the co-feature, Oleksandr Gvozdyk scored a third round TKO over Yuniesky Gonzalez.  Gvozdyk dominated the action and had Gonzalez in all sorts of difficulties in the second, before dropping him in the third round.  Though Gonzalez made it up, he was stopped moments later after an onslaught of punches.

Finally in the opening bout, fellow Ukranian cruiserweight titlist Aleksandr Usyk retained his title with a hard-fought decision win over Mike Hunter.  Usyk was aggressive from bell to bell, though Hunter made himself a slippery target in the early going, even scoring impressive counters.

Usyk however, kept up the pressure and slowly wore Hunter down with body shots and a high punch output.  In the final round, Usyk appeared on the verge of scoring a stoppage but referee Bill Clancy allowed it to continue, even scoring a knockdown against Hunter, after falling against the ropes after a combination landed.

Russell Jr. returns May 20 on Showtime
Pacquiao set to face Horn in Australia on July 1