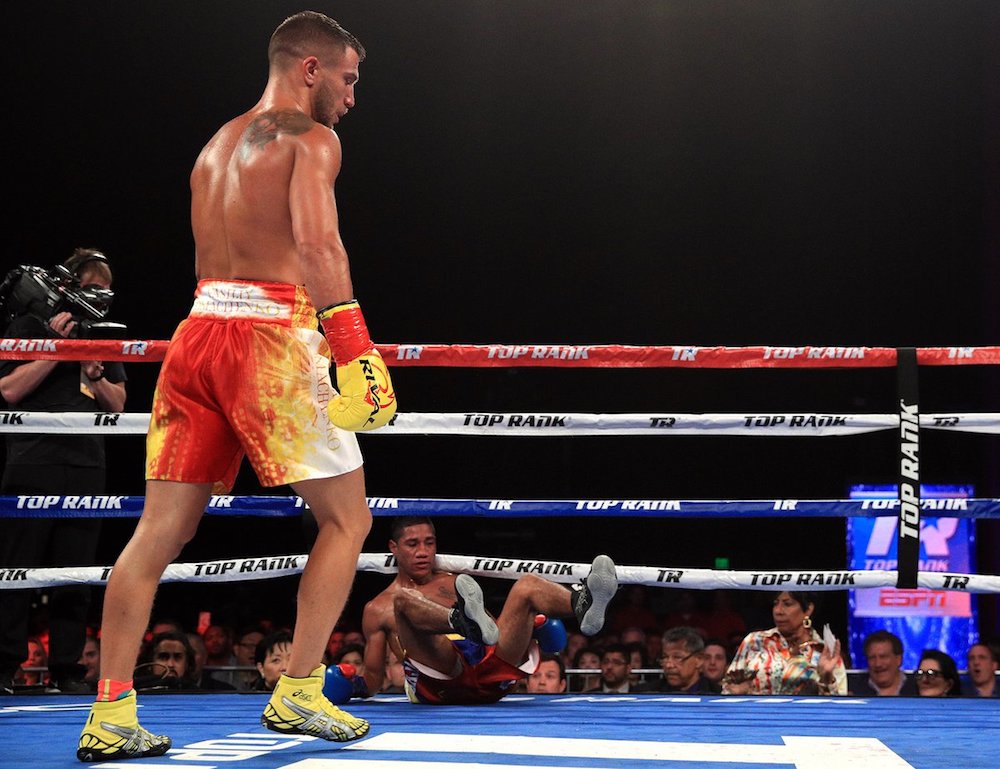 It was another dominating outing for super featherweight titlist Vasyl Lomachenko (9-1, 7 KOs) who scored a seventh round stoppage over Miguel Marriaga (25-3, 21 KOs) in the ESPN main event in Los Angeles on Saturday night.

Marriaga provided a ton of head movement that made it difficult for Lomachenko to land anything of consequence in the early going but Lomachenko slowly began wearing down his foe, chasing him all over the ring and firing off combinations.

A mouse began forming under the right eye of Lomachenko, while a headbutt in the fourth round opened up a cut over Lomachenko’s left eye, but the corner did their job and the cut never played a role in the fight.

In the seventh round, Lomachenko outslugged Marriaga who was in survival mode and a straight left sent Marriaga down for the second time in the fight (the first knockdown coming earlier in the fight, but due to their legs getting tangled).

In between round, Marriaga’s corner told the referee that he had enough and the fight was waved off.