Linares squeaks by Campbell in a competitive fight. 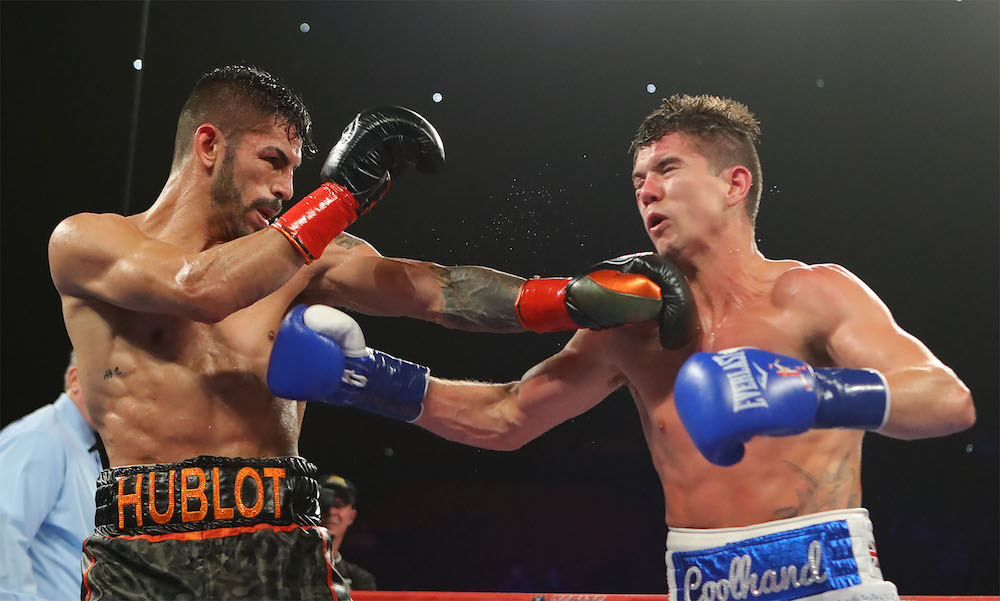 After an impressive first round, Linares scored a knockdown in the second round, connecting with a straight right hand that opened up a bad gash under Campbell’s right eye.

To his credit, Campbell shook off the knockdown and didn’t back down; able to fire off his own combinations, Campbell accounted well for himself and round after round, began to get himself back into the fight.

Linares kept up with his quick right hands and lefts to the body but Campbell countered well in the later rounds and used his jab to stifle Linares’ pressure.  In the final round, Linares stepped up the pace and outboxed Campbell in a last-ditch effort to earn a valuable point.