Lara retains his title with decision over Gausha

Lara takes care of business with a unanimous decision win. 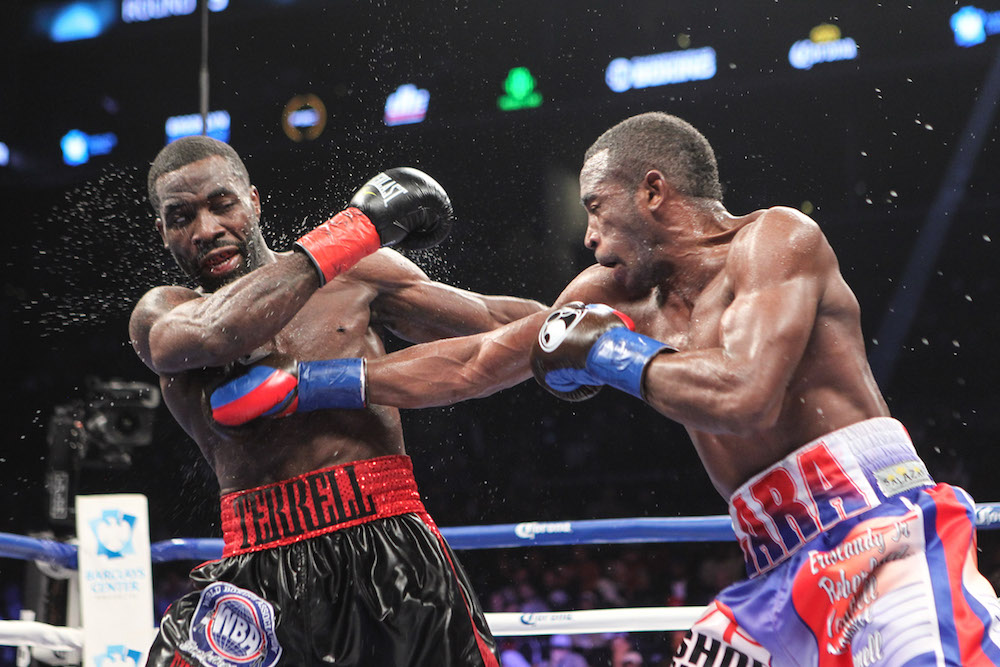 WBA junior middleweight titlist Erislandy Lara retained his title on Saturday night with a unanimous decision win over the previously unbeaten Terrell Gausha in the 12-round main event on Showtime Championship Boxing from the Barclays Center in Brooklyn, New York.

Lara popped his jab and connected with left hands with relative ease, as Gausha, who is a 2012 U.S. Olympian, simply had no answers for the slicker and more well-rounded Lara.

Lara made himself a tough target, and his sharp, accurate punching was on full display, dropping Gausha in the fourth round with a clean uppercut.

“We want to give a lot of credit to Gausha. He’s an Olympian and he came to fight,” Lara said. “I take the rhythm of the boxing match and that’s when I take over. He’s fighting with the best in the division. He’s not a stupid fighter, but he knew who he was facing today.

“I’m ready to box anyone that comes my way. I’m the best boxer at 154 pounds and I won’t shy away from anyone that wants to fight me. I’ll box whoever, just line them up. I’m not afraid. I have proven that I’m a true champion. I’ll fight (Jermell) Charlo if I have to. We are friends, but business is business.”