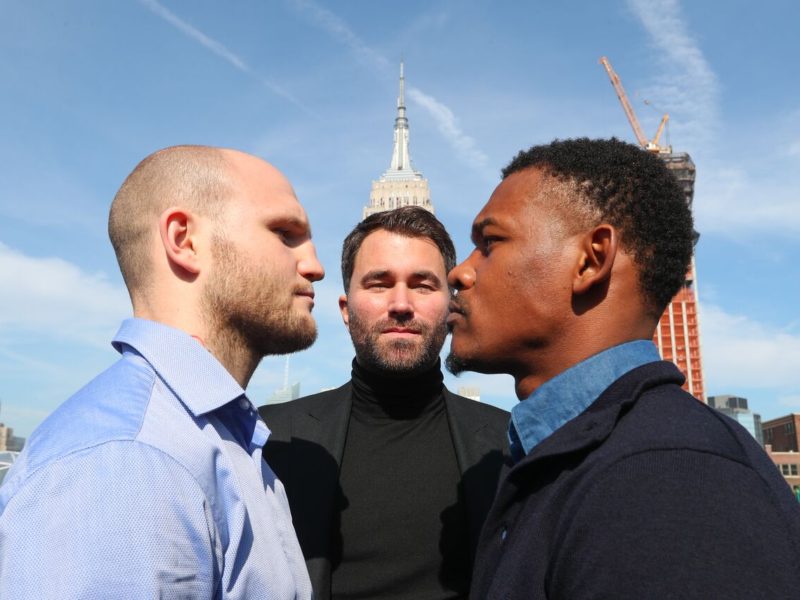 Both Jacobs and Miller took part in a media day workout on Friday to share their thoughts on the upcoming fights.

“I’m very aware of how tough Maciej Sulecki is but I do see myself being victorious. Whether it’s by knockout or decision my goal is to win.”

“I’m just staying focused on my fight and not paying too much attention to the Golovkin and Canelo situations. I know I’ll be the mandatory for the WBA if I win this fight and that’s what I’m focused on.

“I’ve watched Sulecki’s fights, he’s entertaining and with our styles, the fans will see a terrific fight on April 28 at Barclays and on HBO. I’m looking forward to having someone truly bring it and bring out the best in me.”

Miller, for his part, is aiming to put on a show.

“I’m coming at Duhaupus like a tornado. I’m not going to compare my performance against Duhaupas against anything Deontay Wilder did in their fight, I know what I’m going to do and that’s to look spectacular.”

“I’m ranked #3 by the WBA, WBO and IBF so I’m not on a particular track other than to fight for a world title as soon as possible, whether that’s Anthony Joshua or someone else.