Davis wipes out Cuellar via third round TKO 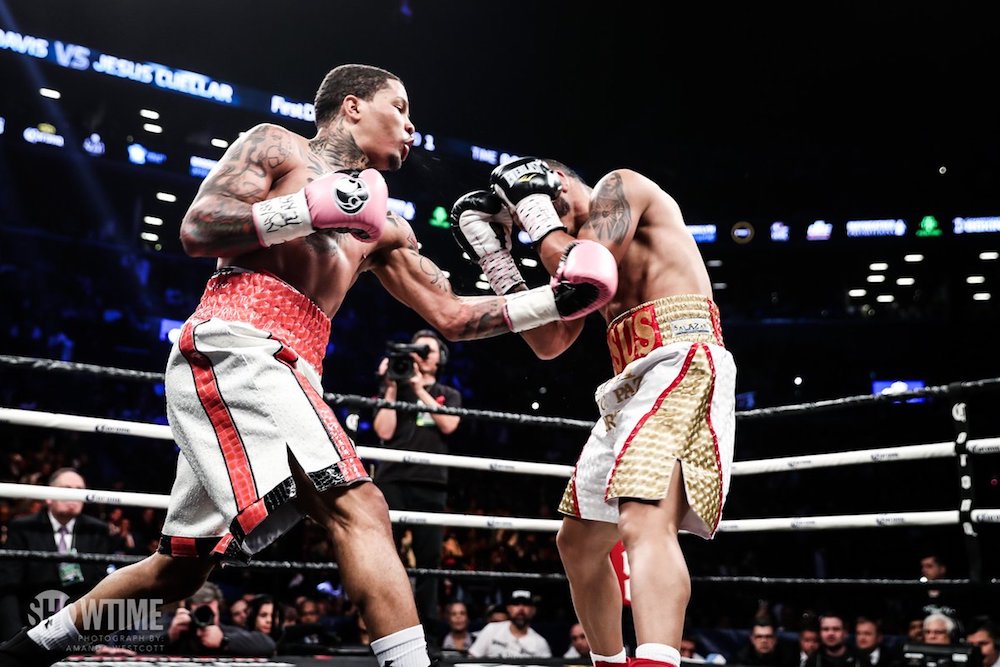 Gervonta Davis looked impressive tonight, as he ran over Jesus Cuellar via third-round stoppage at the Barclays Center in Brooklyn to win the WBA super featherweight title. The fight was the opener for the Showtime Championship Boxing tripleheader.

Davis (20-0, 19 KOs) was much too quick-fisted for Cuellar, landing uppercuts and straight lefts to the body.

In the second round, a left to the rib cage put Cuellar down to one knee. Cuellar managed to get up but faced the same attack in the third round, going down again after another hard body shot.

Though Cuellar beat the count again, Davis unloaded with a series of punches that put Cuellar down for the third time in the fight, prompting the referee to waive it off.