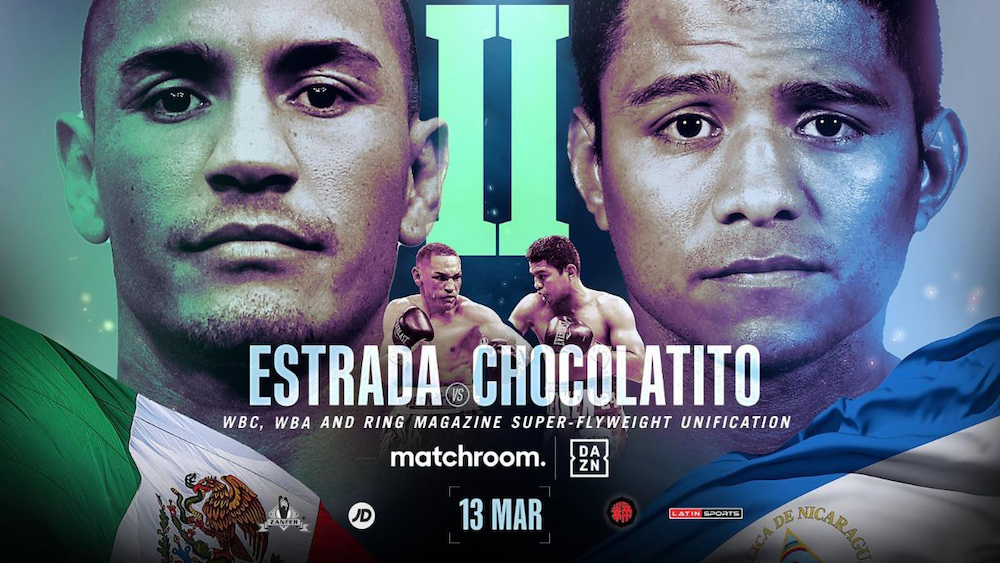 Matchroom Boxing announced this evening that the long-awaited rematch between Roman ‘Chocolatito’ Gonzalez and Juan Francisco Estrada has been set for March 13, 2021, and will stream live on DAZN.

The fight will serve as a unification fight for the WBA and WBC super flyweight titles and take place at a yet to be determined venue.

Since winning the WBC super flyweight title against Srisaket Sor Rungvisai in 2021, Estrada has defended his title twice, while Chocolatito, who lost twice to Rungvisai in 2017, has won four straight including his title winning effort against Khalid Yafai this past February.