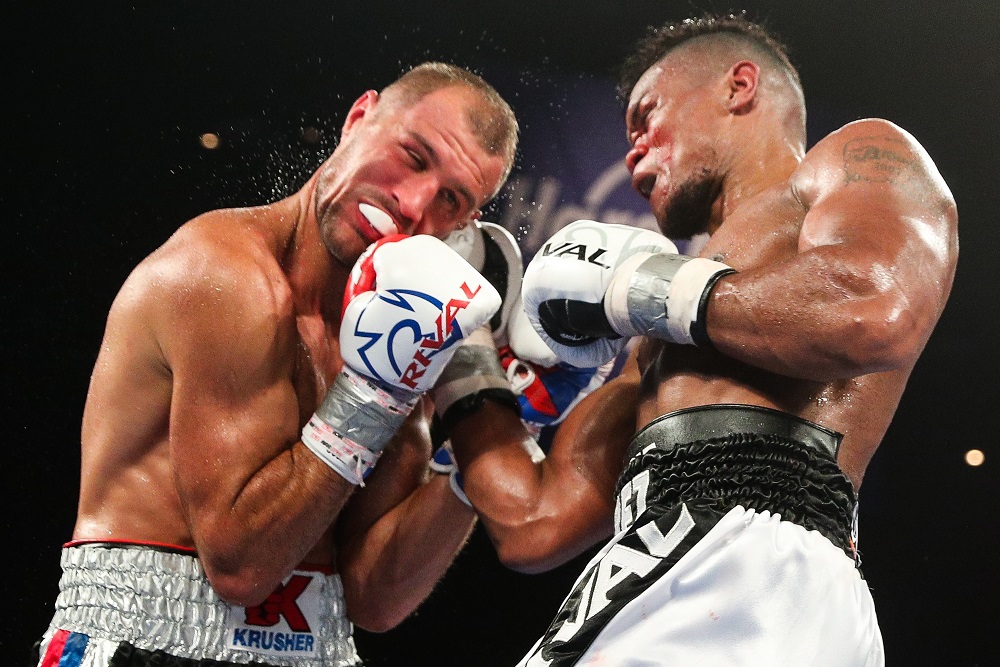 Sergey Kovalev (32-3-1, 28 KOs) was aiming for a unification bout with fellow light heavyweight titlist Dmitry Bivol in the fall, but those plans came crashing down when Eleider Alvarez (24-0, 12 KOs) scored an unlikely seventh-round knockout to win Kovalev’s 175-pound title.

Kovalev, who was coming off of two straight wins following his two losses to Andre Ward, looked good early on as he stalked Alvarez and fired off his vaunted right hand.

Alvarez was the quicker of the two, but his punches didn’t appear to be having the same effect on Kovalev, that Kovalev’s had on him.

The fourth round was Kovalev’s best, as a combination jolted Alvarez, and looked to be finding his range. Then in the seventh round, Alvarez came alive.

In that seventh, Alvarez connected with a straight right hand that suddenly floored Kovalev and shocked the 5,642 fans at the Mark G. Etess Arena inside of the Hard Rock Hotel in Atlantic City, New Jersey.

While Kovalev got to his feet quickly, he was visibly shaken, and moments later, a combination from Alvarez put Kovalev down for the second time.  This time, Kovalev rose slowly but was given a chance to continue, but ended up on the canvas for the third time, after another series of blows.

Referee David Fields quickly waived it off after the third knockdown, giving Alvarez the biggest win of his career.

“I can’t describe how elated I feel, said Alvarez after the fight. “I wanted to show him I’m strong, I have a good chin, and I’m ready for big things.”

Kovalev, who spoke via video on Instagram while heading to the hospital said, “I am on my way to the hospital to check my head, check my body … I feel OK. Thank you everyone, thank you very much to all the fans around the world for your support. I love you, and I’m fine.”

In the co-feature, Dmitry Bivol successfully defended his own light heavyweight title with a one-sided, albeit unimpressive, unanimous decision win over Isaac Chilemba.