Wilder eager to defend his title once again in his hometown. 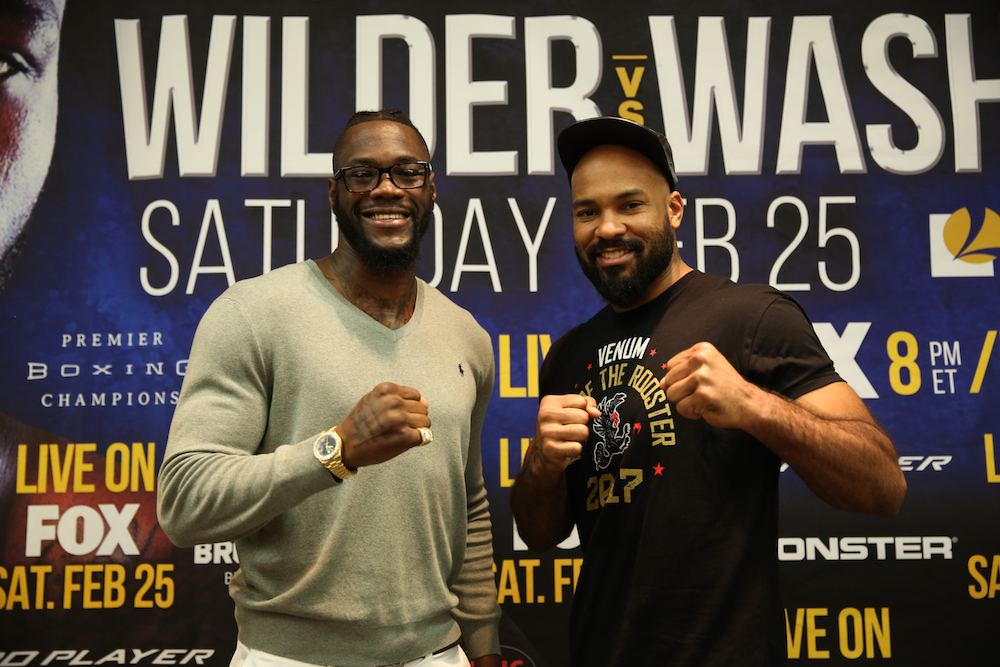 The final press conference for the heavyweight title clash between Deontay Wilder and Gerald Washington took place on Thursday afternoon.

“My time off has allowed me to get a better relationship with my left hand. There are so many different ways to throw a jab that I didn’t think I could do,” said Wilder. “Working with one arm allowed me to be exposed to a lot of new things. It’s going to be a different Deontay Wilder in the ring.

“It’s been a journey for me. I know there’s a purpose to all of it and there’s a reason why I’m here and why I’m the champ. Everything has manifested my way.”

Wilder (37-0, 36 KOs) is making the fifth defense of the title he won by outpointing Bermane Stiverne in January 2015, and is fighting in his hometown for his second straight fight and for the fourth time in his last five fights.

“I know Gerald is excited. I was too. I know what it’s like to be able to fight for one of the most prestigious belts in the world. But, it’s my belt. I’m still enjoying it. Even though I’m heavyweight champion of the world, I’m still humble. I keep the belt in its case, until it’s time for me to fight again. I’m not satisfied. There is still more to attain,” added Wilder.

Added Washington, “I’ve had an incredible run to get me hear. I’m thankful to Deontay for picking me for this fight. He could have chosen a lot of opponents, but he picked me and I’m grateful for that.

“This is a dream come true. I started boxing as a kid but I didn’t know what I wanted to do. I’ve had a long road, but now I’m here fighting for the heavyweight championship of the world. This just means so much to me.”

Lomachenko-Sosa HBO telecast now a tripleheader
Pacquiao-Khan in the works?