Ringside With Raymundo: The Bradley Blueprint- Can It Work With Mendez?

In preparation for this week’s bout against Cordero, Mendez plans on following Joel Diaz’s instructions to a ‘T’… 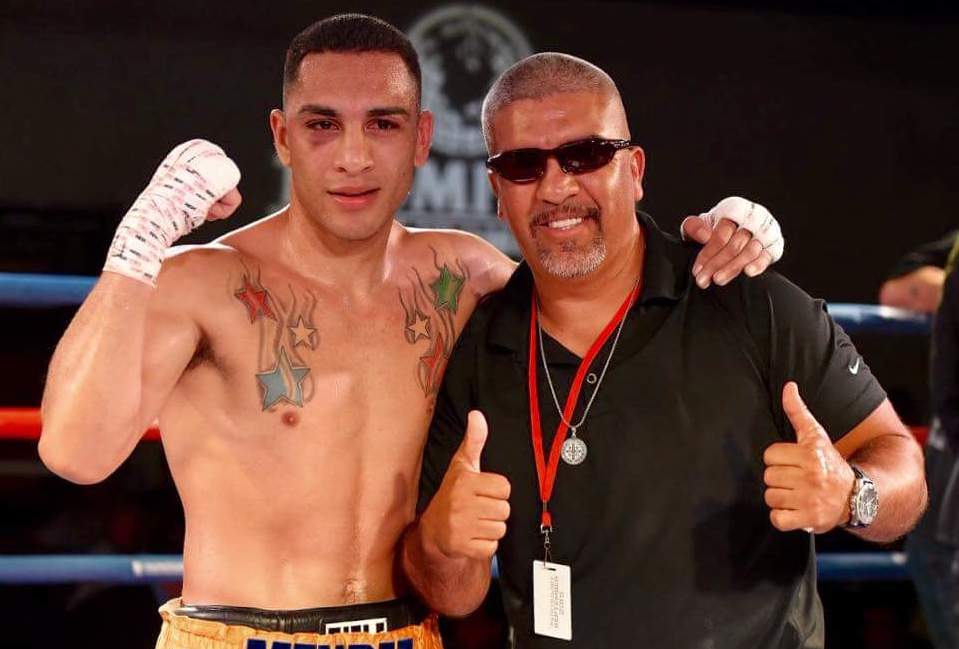 “Would you be interested in training with Joel Diaz” is something that a fighter can only hope to be told by their managers yet that is exactly what lightweight contender Manuel ‘La Tormenta’ Mendez, who is featured on this Friday’s final Thompson Boxing Promotions ‘New Blood’ installment of 2017, heard from his manager, Ernesto Torres.

Mendez, who will face a 13-3-1 Abraham Cordero, didn’t initially believe Torres, yet a few calls later he found himself connected to one of the premiere trainers in the sport in Diaz, who’s most famous client, Timothy Bradley, was directed towards pound for pound success by both Diaz and Thompson Boxing Promotions in the late 2000’s.

It proved to be a turnaround point in a mostly self-managed, and even self-trained career, as Mendez, (15-2-2, 11KO), found himself aligned with Diaz which soon led to a contract with TBP and hopeful title contention in 2018 in a white-hot lightweight division.

A native of Ontario, Oregon, “Some people think I’m repping the city of Ontario when I fight in Ontario at the Doubletree, until they see the Oregon on the back of my trunks,” says Mendez, got exposed to boxing the same way most young Mexican-Americans did, during family get together occasions that were centralized around Pay Per View boxing events.

“I’d be running around and then I would see boxing (on TV), and I’d stop.  One week later I asked my mom and dad for a pair of boxing gloves…  Even in kindergarten, some kids were writing down they wanted to be an astronaut or a teacher, and I wrote down that I wanted to be a professional boxer.”

Living on the Oregon/Idaho border, Mendez ventured into the potato state and into the C-Town Boxing Gym, honing his chosen profession under the tutelage of Fred Anzaldua and registered brief amateur career of approximately 60 bouts.  “The judges noticed that I had more of a professional boxing style.”

Mendez turned professional in 2013 in the worst possible fashion; TKO loss.  Mendez noted that he perhaps started his career without the proper regimen as he came into the bout drained of weight, desperate for some income and jumped into the bout in Texas against opponent Juan Ovalle without the proper condition.  Mendez was dropped, yet not stopped.  The bout was waived off not from the fighter being dominated but due to a swelled eye on Mendez. 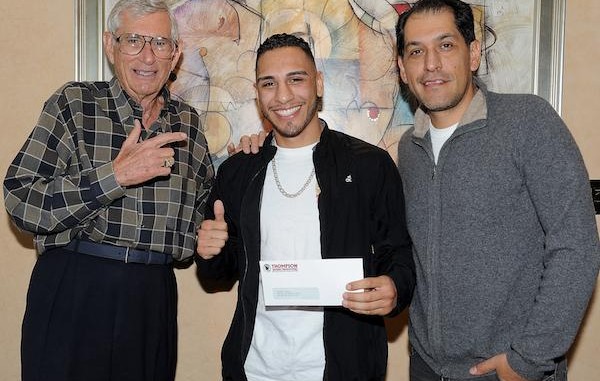 Following the fight, Mendez returned to his roots in Oregon, got his diet on track and made a pledge that he wasn’t going to lose anymore.  What followed were two wins, then a draw on points against Gabriel Pineda.  “I felt I won that fight, but it was in Pineda’s hometown.”

Followed up with a majority decision win against Ricardo Maldonado in June 2014, Mendez took a solo flight in his career path, choosing to even train himself for a time.  “You’d be surprised what workouts you can find on YouTube.”  After literally single handedly beating Misael Chacon in Phoenix, Arizona in February 2015, Mendez was introduced to noted boxing manager Ernesto Torres.

Mendez then took the path that most fighters do when starting out; that being the trip South of the Border into Mexico as guided by Torres.  After racking up a pair of confidence wins in Zacatecas and Tijuana, Mendez was featured on his first Thompson Boxing Promotions card, notching the first of many knockouts under the TBP banner.

At this time Torres made the offer of a training lifetime to Mendez, who told his manager, “You don’t know Joel Diaz.”  A few cell calls later, Mendez became a convinced man and soon won a tryout in Indio, California.  While Diaz was not initially impressed with the overall picture of Mendez, what got the green light from Diaz was Mendez’s power, convincing enough to earn him a spot inside one of the hottest (literally) gyms in Southern California.

Mendez was offered a fight against Cesar Villaraga by Thompson Boxing Promotions, and after some hesitation by trainer Diaz, Mendez saw Villaraga walking around a TBP fight card and told his maestro, “I can beat that guy.”

On September 25, 2015, Mendez was paired against Villaraga.  Mendez was hurt early by Villaraga, and in the third Diaz instructed his fighter to throw an overhand right; Mendez did as instructed and down went Villaraga, with such force that he twisted and fractured his own ankle in the process, rendering him unable to continue.  It was Villaraga’s first loss in eight fights to that point.

Mendez then became a staple of Thompson Boxing Promotions fight cards, fighting once more in 2015 and beating a 7-2-1 Jose Luis Ramirez, Jr., and then in 2016 Mendez notched three knockouts wins against one draw inside the always sold-out, standing room only ballroom of the Double Tree Hotel in Ontario, California.

On November 11, 2016, in the opening bout of Showtime’s ShoBox: The Next Generation from the awesome outdoor confines of Thompson Boxing Promotions Corona, California site, Mendez went up against Vitor Jones Freitas, the nephew of boxing great Arcelino ‘Popo’ Frietas.  Frietas entered the ring with his nephew for the instructions prior to the fight and worked his nephews corner.

“I was like, I don’t care, I’m always the underdog and I always take on any fighter,” said Mendez, who made quick work of Frietas via a vicious body shot that sent the Brazilian to the deck for a ten count in the first frame.  This writer happened to be ringside near Frietas’ corner, and the fighter visibly ached following the match, then ran into the arms of his famous uncle in defeat.

Not only was the fight a great opportunity at TV exposure, and not only did it produce the young fighters fastest path to a KO win, but Thompson Boxing had seen enough and penned down the fighter to their outfit.

Thompson Boxing Promotions began nearly 20 years ago as a Southern California based fighter enterprise and has showcased the likes of Chris Arreola, Josesito Lopez, Yhonny Perez, and the above mentioned Bradley, most of whom became titlists and became mainstays’ on premium cable networks.  TBP also recently guided Daniel Roman to the WBA super bantamweight title.

The company also recently ventured into the social media market, live streaming their bouts on Facebook Live and recording 30 second promotional videos to hype their fights/fighters.

“I think it’s really good,” said Mendez of TBP’s social media awareness, something not often used by boxing companies, which makes TBP a pioneer of sorts.  “My family back in Oregon can stream the fight live, as well as people that I know in Idaho and Washington… it gets the fans more involved, like they can comment ‘Go Manuel’, and ‘that’s my cousin’, and it’s cool because it comes out in the videotaping.”

Mendez stopped two fighters to begin 2017, (Bergman Aguilar KO, Luis Arceo RTD) then had a setback against Mohamed Rodriguez in June 2017 which saw the fighter stopped for the second time in his career.  Again, Mendez felt the preparations of a new diet and subsequent dehydration played a part in his defeat.

Since the loss, Mendez has added new weapons to his arsenal and has worked on movement, throwing straighter punches and overall fighting smarter, which leads to his well-known trainer helping him to get back on track.

In preparation for this week’s bout against Cordero, Mendez plans on following Joel Diaz’s instructions to a T, which seems to be the path to success in the fighter’s career.  Could the next path lead to a title in 2018?

In any case, it seems like Cordero might want to watch out for an overhand right come fight night.

Can Cotto-Kamegai be a Fight of the Year contender?
Inside the Canelo-Golovkin LA presser