Manuel Mendez gears up for June 22 clash with Gilberto Espinoza 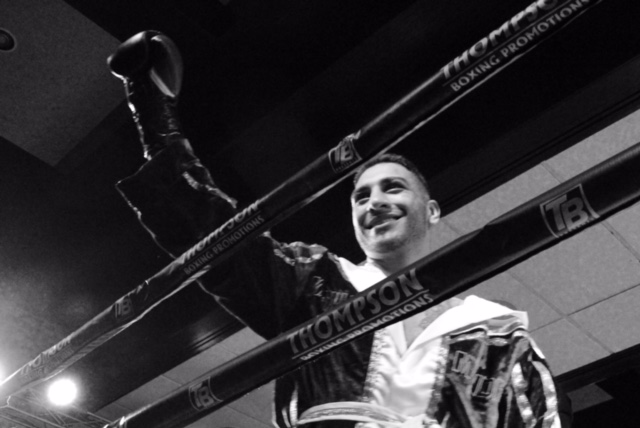 On November 17, 2017 super lightweight contender Manuel Mendez walked to his locker room following his fight against Abraham Cordero in Ontario, California in disbelief of the decision win that was awarded to his opponent.

“There’s no way that was a win (for Cordero),” Mendez told 3MR via telephone interview heading into his upcoming bout against Gilberto Espinoza on June 22, 2018.

As it turned out, it wasn’t a win for Cordero as a mix up occurred during the announcement of the decision, which was actually declared a draw upon a review of all three judges’ scorecards.

Mendez, (15-2-3, 11 KOs) stated that early on, Cordero wasn’t packing much behind his punches, and believes he was landing both the more meaningful punches, as well as landing them whenever he wanted to throughout the eight round bout.  When the announcement was made, Mendez shook his head, yet still congratulated his opponent while still in the ring.  Mendez was later told of the real result in the locker room.

“I was thinking, alright, it’s better than a loss, but still not a win,” said Mendez, who now gears up again under the guidance of Joel Diaz.

Diaz, who is also preparing Lucas Matthysse for his July bout against Manny Pacquiao in the hot confines of California’s desert city of Indio, was live ESPN during the Mendez interview, calling action ringside for the Golden Boy Live series.

“He’s actually a really good commentator.  He does his job.  He’s unbiased, calls it how it is,” says Mendez of Diaz’s fight calling skills.

The well-known Southern California trainer also believes his fighter deserved the win against Cordero, and now is setting up Mendez to once again step into the Doubletree Hotel, only this time with not a loss, not a draw, but a win.

“I don’t know much about him other than that he has an undefeated record,” says Mendez of his opponent Espinoza.  Sparring is finished for the Mendez camp, and the Oregon native noted a few things that were worked on in the lead up to the Espinoza fight.  “I’ve been smarter during sparring, using the ring more. Not wasting punches.”  There seemed to be no worry about Espinoza’s glossy record.  Espinoza, (9-0, 5KO) turned professional in 2016 and will be making his United States debut as all nine of his bouts have taken place in his hometown of Tijuana, Mexico.

“This isn’t my first rodeo… I always think of myself of the B side, even when I’m on the A side because you never know what’s going to happen.”

Mendez vs. Cordero takes place at the Doubletree Hotel in Ontario, California on June 22, 2018, as part of Thompson Boxing Promotions ‘New Blood’ series.  TBP just celebrated their 18th year in the sport. 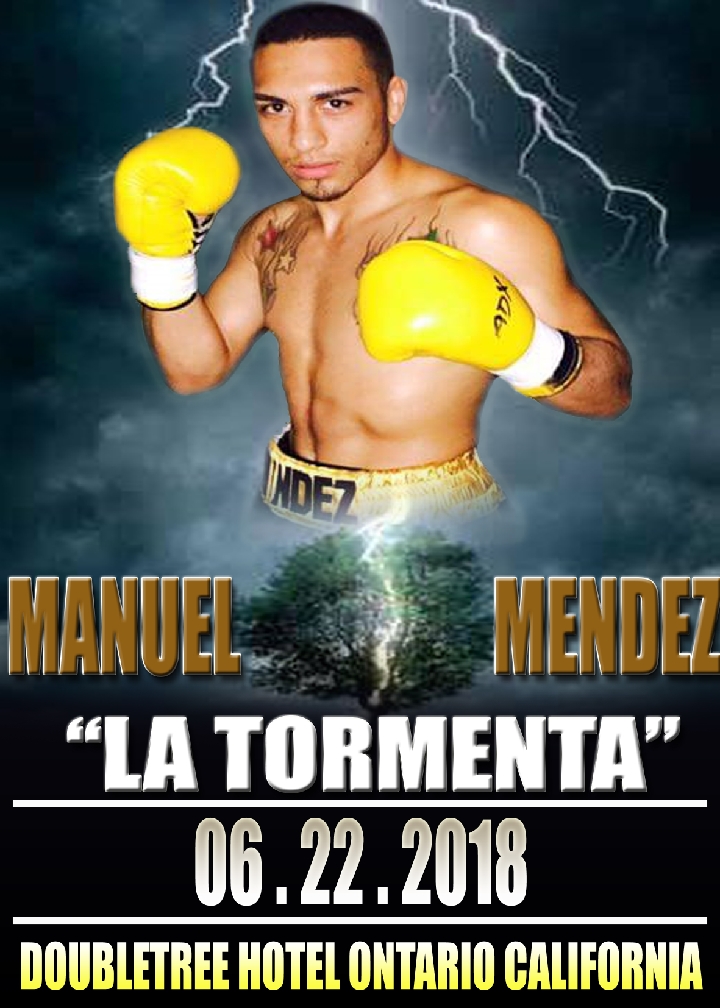 Santa Cruz, Mares confident of victory in their rematch
Canelo vs GGG 2: Who Gets Knockout No. 35?