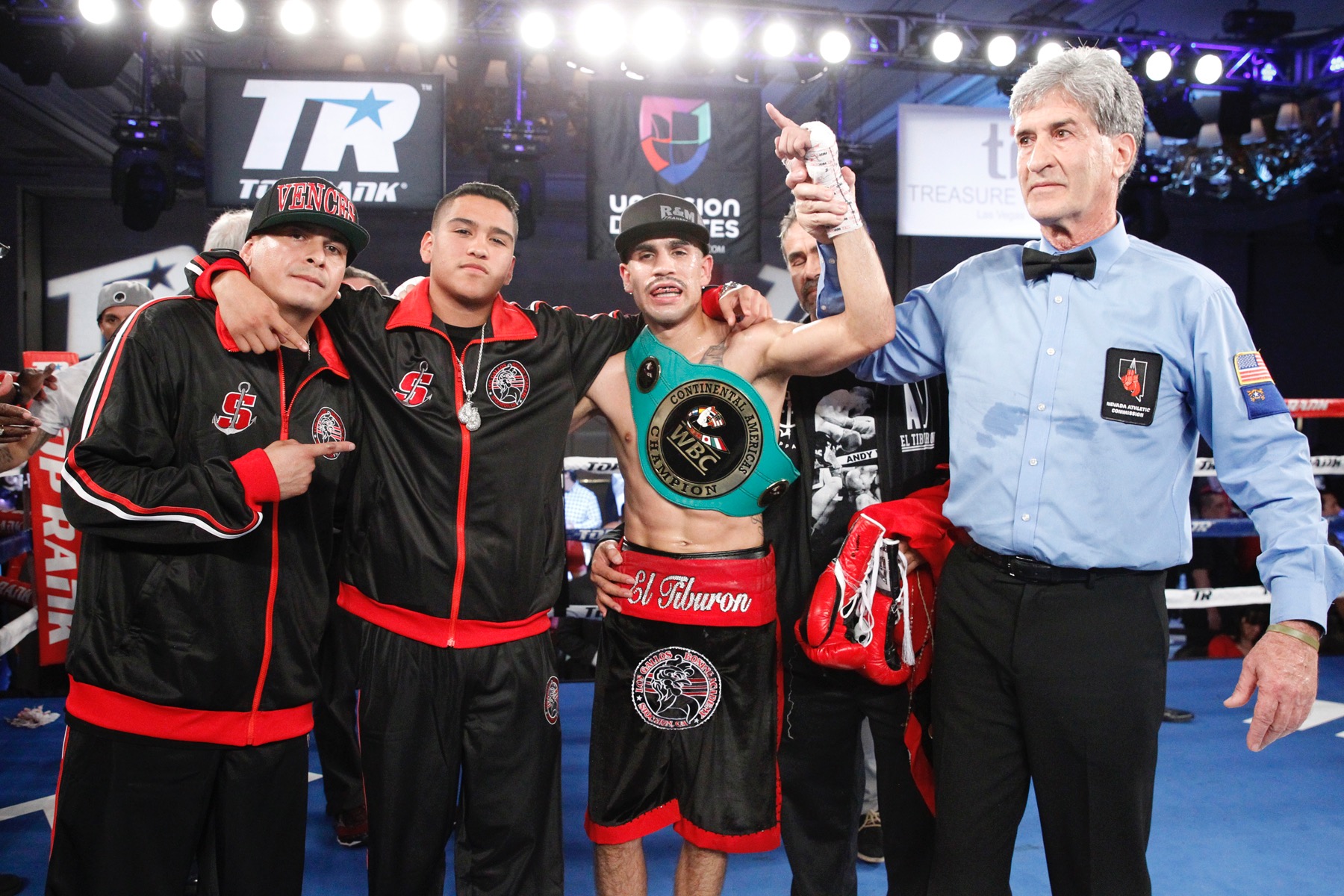 The fight didn’t play out exactly how Andy Vences envisioned it, but in the end he came out on the winning side of a technical decision over Casey Ramos and captured the WBC Continental Americas super featherweight championship.

The fight started out as a technical chess match between the two fighters. Ramos (23-1, 6 KO) was the more active fighter early, but Vences (17-0, 10 KO) was landing the harder shots.

“He messed with my timing early on. My jab was falling short and I couldn’t fight at the distance I wanted to,” Vences said. “Sometimes you have to go to Plan B. Tonight we did that and got the job done.”

After the fifth round, Vences lured Ramos into more of brawl and found success.

Ramos’ left eye, which had developed a nasty gash under his left eye after some sharp hooks from Vences, worsened as each round went by.

The San Jose native, who had plenty of support from a sold out Treasure Island ballroom crowd that belted out loud chants of “AN-DY” throughout the fight, brought the crowd to its feet in the eighth round. Vences punished Ramos with hard shots to the body and head, causing referee Vic Drakulich to momentarily stop the fight in order to check on Ramos’ eye.

Ramos was deemed fit to keep fighting. One round later Drakulich stopped the action again after an accidental headbutt. But this time the doctor decided the cut was to the point where Ramos could no longer continue.

“This has been one of my goals since I started out in boxing,” Vences said of capturing the title. “We’re finally bringing a title back home to San Jose. This is for all my family and friends who came out to support me. Everyone from Watsonville, Santa Cruz, San Jose. We did it.”

Next for Vences could potentially be a February fight in his hometown of San Jose, something he and his team have been pushing for over a year.

In an eight-round welterweight co-main event, Alex Saucedo (23-0, 14 KO) earned a unanimous decision over Ray Serrano (21-4,9 KO.) Scores of 77-74 twice and 76-75 were announced in favor of Saucedo, who fought for the first time under the guidance of new trainer Abel Sanchez. Saucedo dropped Serrano in the second round, which turned out to be a big difference maker in what was a close fight.